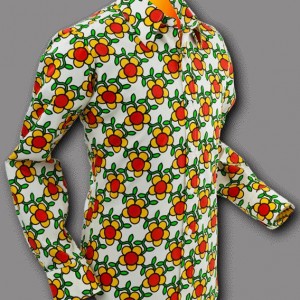 Posted on October 9, 2014 by Toyin / Posted in Fashion Clicks Blog | Leave a comment

Sadly Autumn Winter has arrived finally, fear not as we have an amazing collection of coats and capes, which are on its way as we speak to our boutique in West Norwood, also giving an opportunity for our lovely potential customers who wish to purchase these classy beauties online, we will let you know once they have website arrive, or you can pre order yours today 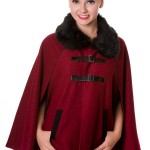 The Party Must Have Dress

Posted on October 9, 2014 by Toyin / Posted in Fashion Clicks Blog | Tagged black and gold, Christmas, festive season, Lace, party dress | Leave a comment
This gorgeous dress has arrived, beautiful black and gold lace for the festive season , great parties or any special event, pop into our West Norwood Boutique if you are in the area or shop online for this amazing dress https://fashionclicks.co.uk/shop/baroque-skater-dress-style/ 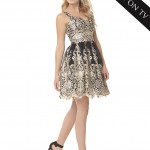 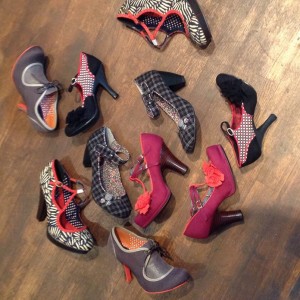 Just arrived Shoes that look gorgeous but are still totally comfortable, Grey tweed effect dolly style court shoe. Buttons and bow detail. A real little head turner, I have these too and love them, they are so cute 🙂 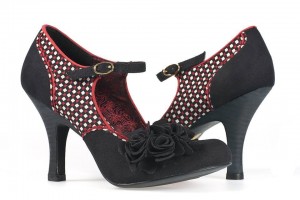 Just arrived these new #quirky #limited #collection an #eclectic mix
born vintage #inspiration but with a modern twist.
#Vintage #inspired #heeled #shoe that have a true old
look . With a contrast pattern of herringbone to the slip on shoe, with an orange trim to the base and lace up front. A fantastic pair of fab shoes just had to have a pair. Available in size 3-8 at £45.00 Matching handbag at £35

Check out these quirky Navy Striped Cross Strap Heels new in just a few available at £45, 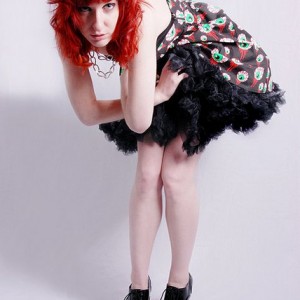 Hell Bunny clothing is quirky, and adds a bit of retro gothic flair to the wardrobes of those who look for a unique edge in their image. The latest, popular Hell Bunny dresses and other apparel! Our range is growing each weeks 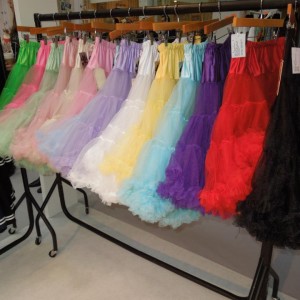 Oh my, Petticoats Galore, Check out these lovely Petticoats, which is your favorite colour? Purchases your now http://fashionclicks.co.uk/shop/long-1950s-ruffle-petticoat-skirts-25/ 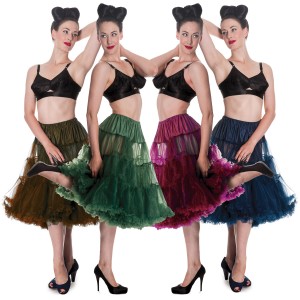 26″ Ruffle Petticoat Skirts
Layered, flirty and fun, these ruffle petticoat skirts look great under a dress or on their own, you will definitely stand-out from the crowd. 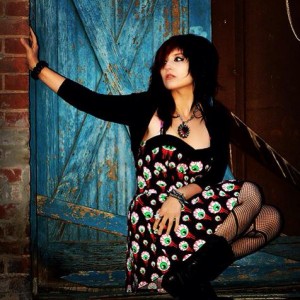 The days are getting shorter, the nights are getting longer and a variety of  Halloween London events are upon us once again. With a wide array of themed events, activities and special nights taking place across London for 2013, there’s no shortage of chills and thrills to make the most of this year. If you’re looking for Halloween party dresses, you’ve come to the right place. We at Fashion Clicks have a range of gothic, style Halloween dresses for that spooky look, to enjoy a spectacular event

Try adding a petticoat creating volume and length to your outfit if you feel that your dress is too short, above is a very happy customer at The Big Festival in Oxfordshire organised by Jamie Oliver. Fashion Clicks were trading there this year on Alex James Farm 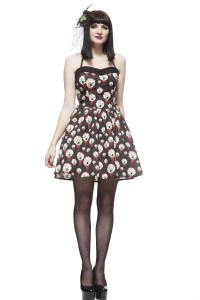 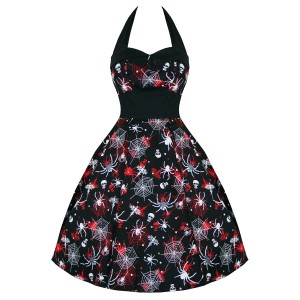 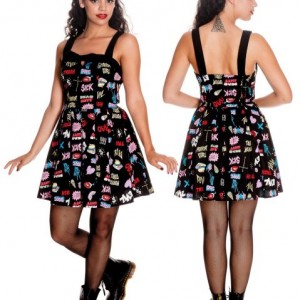 The Hell Bunny Horror Gal Mini dress encapsulates the superb quality and uniqueness of design that has catapulted British alternative designers Hell Bunny to the top of the worldwidevintage reproduction fashion scene.

Offering a stunning 50s style fit and flare cut, with a close fitting bodice and a full, flared mini skirt. The bodice features two shirring elastic panels to the back, and a cute collar with keyhole to the bust. Offering adjustable shoulder straps and fabulous shaping through the bust. . 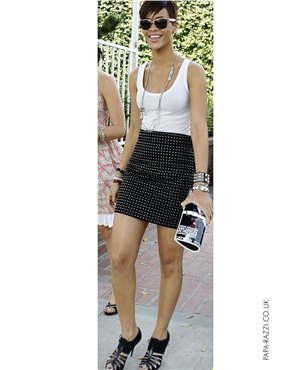 Large retro bags available in 6 colours, Red, White, Tan, Green, Black and Purple comes with shoulder straps too at £35 each